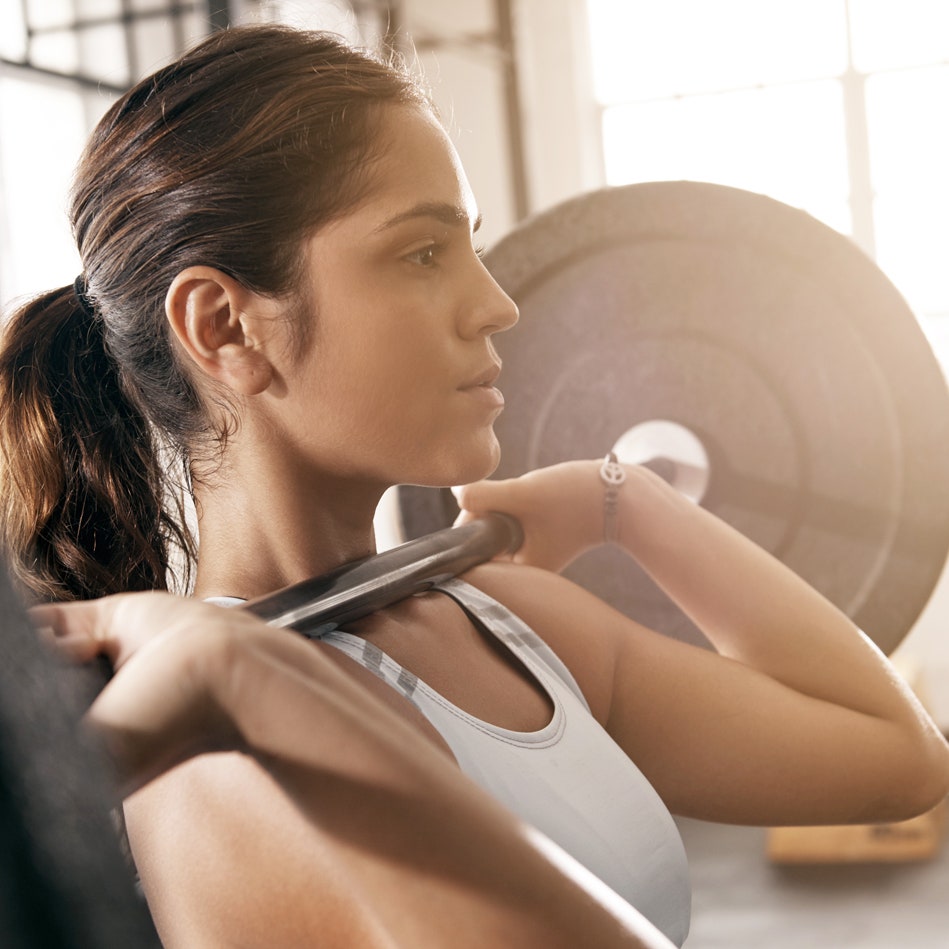 I have found time and again over the years that many people struggle with this question. Many find it difficult to decide which goal to tackle first. Sometimes you read, first burn body fat and then build muscle. The opposite is found elsewhere. A straight answer? Nothing.

And so it happens that many people actually do not make a final decision on a training goal and then sit between the chairs: On the one hand, they want to build muscle, i.e. eat a lot, on the other hand, burn body fat, i.e. in a calorie deficit be.

Ultimately, nothing half and nothing whole. The end of the story: Neither of the two goals is achieved, progress stagnates in every respect. It’s actually not that complicated! To make it easier for you to set the right priorities in the future, I have prepared some crucial insights and clear answers for you in this article. By the end of this article, you will definitely know which training goal should be given priority for you . So we will discuss the question for different starting situations and framework conditions in order to find an individually suitable answer.

If you have read books like Sustainable Slim, you will know this, but for many it should come as a surprise. But there are solid reasons! And I’ll explain this to you in detail below.

Muscle building is nothing more than an adaptation of the body: It adapts to the training stimuli. Because challenging training causes tiny injuries to muscles that need to be repaired. So strengthening the muscle tissue is a self-protection measure. The body makes itself stronger to protect itself.

That is the basis of progressive training. But as smart athletes know: The body does not only get stronger by building muscle mass, but also by improving muscle coordination.

And that is the key mistake beginners make: They want to build muscle through heavy training, but have poor coordination throughout.

This not only increases the risk of injuries. Rather, they do not achieve their goal either. Because the more potential the body has in optimizing coordination, the less muscle mass it builds.

Why? Quite simply: building muscle costs tons of energy. The build-up itself, but also the continuous operation of the built-up muscle mass. It is no longer a secret that muscles consume a lot of energy even at rest (by the way, an interesting connection that we will come back to later).

On the other hand: improving coordination saves energy. Sure, the more efficiently you perform a movement, the less energy you use.

And in case of doubt, the body always opts for the energetically more favorable variant – this is how it simply functions according to evolution. By the way, that’s why many people find it so difficult to burn body fat. 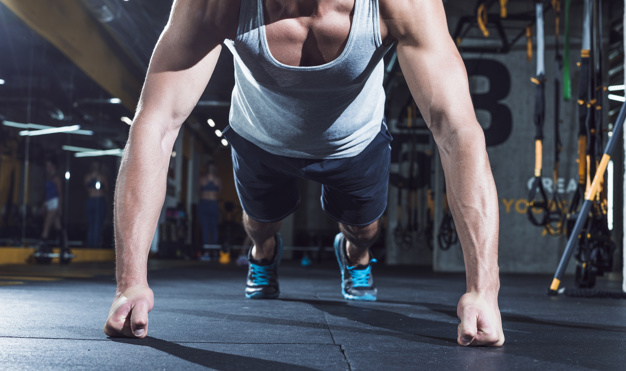 It often happens that a bit of fat is burned when you start training – a direct result of the changed living conditions and usually also an initial dietary adjustment.

But what is really important for really effective and targeted fat loss training? Mainly on two things:

The bottom line is: A training beginner is not at all able to do effective fat-burning training!

The necessary basic fitness (strength, endurance, regeneration ability, etc.) is missing. The mere attempt to do effective fat-burning training as a beginner, in turn, has two undesirable effects:

What should you do instead if neither muscle building nor fat loss are a smart option?

The best training target for beginners

After the previous sections, it will already be clear to you: Beginners should first improve their basic fitness and gradually get their body used to the unusual strain. 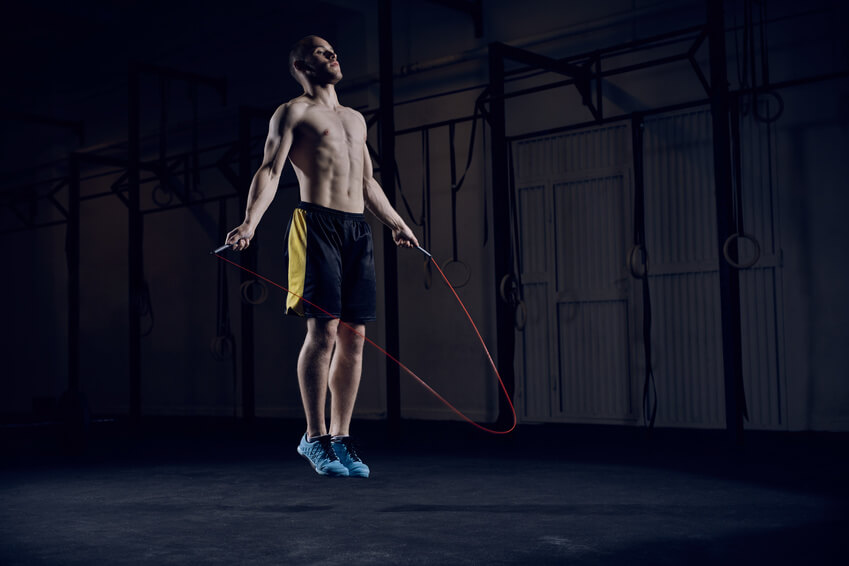 That’s what it’s all about for beginners. It may not be what you want to hear. It’s not what will be on the cover of a magazine. But these are immovable facts. It is what works. After more than 10 years of experience, I can tell you in no uncertain terms: Anyone who tries to abbreviate these basic principles in any way to bypass them fails.

And if you are completely honest with yourself, you know that too. You have certainly seen it enough yourself. Each of us has friends who have dared to do their “dream body project”. Almost all of them have chosen this route (training directly for muscle / fat loss) and almost all of them have failed. The ones who have made it are the ones who stuck with it for years and patiently progressed .

Let’s say you’ve mastered the basics and created the right conditions. You now want to both build some muscle mass and burn body fat. Which comes first?

This is the point at which there can really only be one individual answer. Because here we have to weigh between these three aspects:

You see: It really depends entirely on YOU. Let’s go through the three aspects step by step to find a tailor-made solution with the right prioritization.

Argument # 1: Building muscle is the perfect basis for fat loss

I have already announced that I will come back to this: Muscles consume a lot of energy even when you are resting. To burn body fat, you need a calorie deficit. But calorie reduction alone is one way that cannot be used permanently and quickly leads to the yo-yo effect. Instead, it makes sense to increase the energy consumption. Both temporarily through intensive training and permanently through one increased energy consumption. 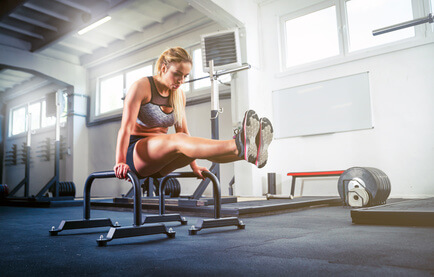 This is exactly what is guaranteed by building muscle mass. This is the reason why the most successful coaches usually advise first to build muscle mass. You want to get your metabolism going first before you burn big fat. Because the lower your daily calorie intake, the more your body tries to protect its fat deposits. That is the basis that humans could survive – a simple consequence of evolution.

Therefore, from a theoretical point of view, it is initially better to build up a little more muscle mass. It is the key to rapid as well as sustainable fat loss – by the way, also evident in the fact that the The yo-yo effect is mostly a result of muscle loss.

However, you cannot argue purely rationally about the training goal if there is a strong emotional drive behind it. It therefore depends first of all on what you really want. If getting leaner is more important to you, building muscle is not the right step.

Incidentally, this is a dichotomy for many of the athletes I coach. On the one hand the rational side, according to which muscle building would be more useful. On the other hand, this mental barrier that they have because they are mainly dissatisfied with the excess body fat.

And that’s a huge problem, when, on the one hand, you have to eat more to effectively gain muscle mass , and on the other hand, you’re afraid of getting bigger. This usually leads to half-hearted attempts that neither reduce body fat nor increase muscle mass.

If you also have such a mental barrier, in my experience it is better to burn body fat first.

If you are ashamed of your stomach, reluctant or do not want to show yourself on the beach because of your love handles, then the only right goal for you is to burn body fat first.

Because then it is currently the only goal that you are able to tackle with determination. 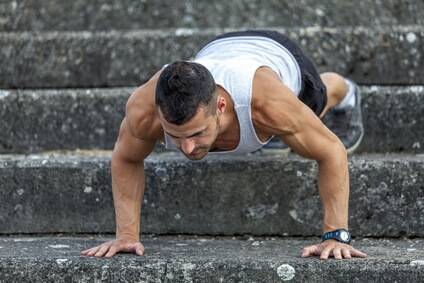 Argument # 3: Too much body fat is problematic in every way

But there is one more rational argument in favor of losing body fat first. If you are one of those people who put on body fat quickly, and also have a relatively high percentage of body fat, then it would be a mistake to start with a muscle building phase (excess calories). Because you always add a little body fat and a very high body fat percentage can have a number of negative consequences:

Of course, there are other negative consequences of a very high body fat percentage, especially with regard to health. But the tenor is clear: In the initial situation described (relatively high body fat percentage + easy build-up of body fat), first go to muscle building, would make the subsequent weight loss much more difficult due to the parallel increase in body fat and at the same time have harmful consequences for health.

You can see which training goal makes the most sense for you, which one you should tackle first depends on you and your initial situation. So there are no general answers, but there are fundamental relationships that only require a little basic understanding of the functioning and development of our body and can lead you in the right direction. We have worked through them step by step and I am sure that you can now classify yourself very well and set corresponding priorities.

Just one last word about the mental barriers: Be honest with yourself and then act accordingly. Admitting to yourself that you have such a barrier is the first step. But it is even more difficult to really listen to your own wishes. Because nothing else is behind it: Such a barrier only shows you what is really most important to you.

I have often seen athletes try to fight against it and take the theoretically more sensible path. However, I’ve never seen that really work out. You cannot win such a fight against yourself. You can only fight for what you really believe in, what you are really convinced of. And if your subconscious is convinced that it would be better to lose body fat first, then cool logic will not do.

Phenomenon ‘Mental Codes’ - You have to know this secret fitness mechanism

In this article you will learn: Invisible blockages – What mental codes are and how they are decisive for success...

Training with your own body weight: How to get in top form without a gym

Weight training without equipment, or rather without weights, has been a fitness trend for several years now that has cast... 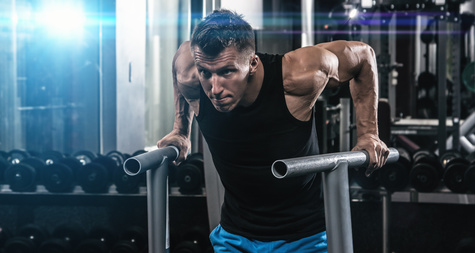 What does it take to build muscle? Maybe you are already familiar with the basics and know that a calorie... 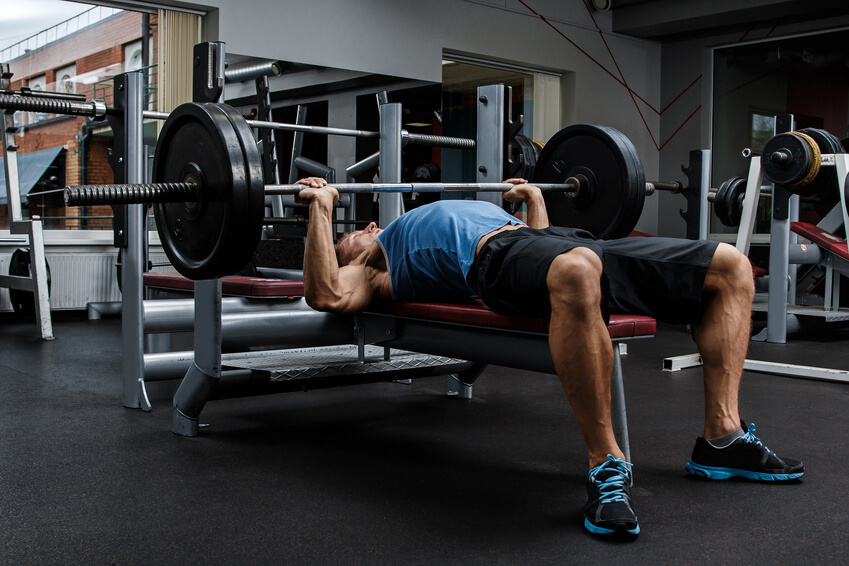 Workouts Vary - Why Almost All Do It Wrong!

You have probably heard it already: If you want to achieve progress in muscle building in the long term, you...